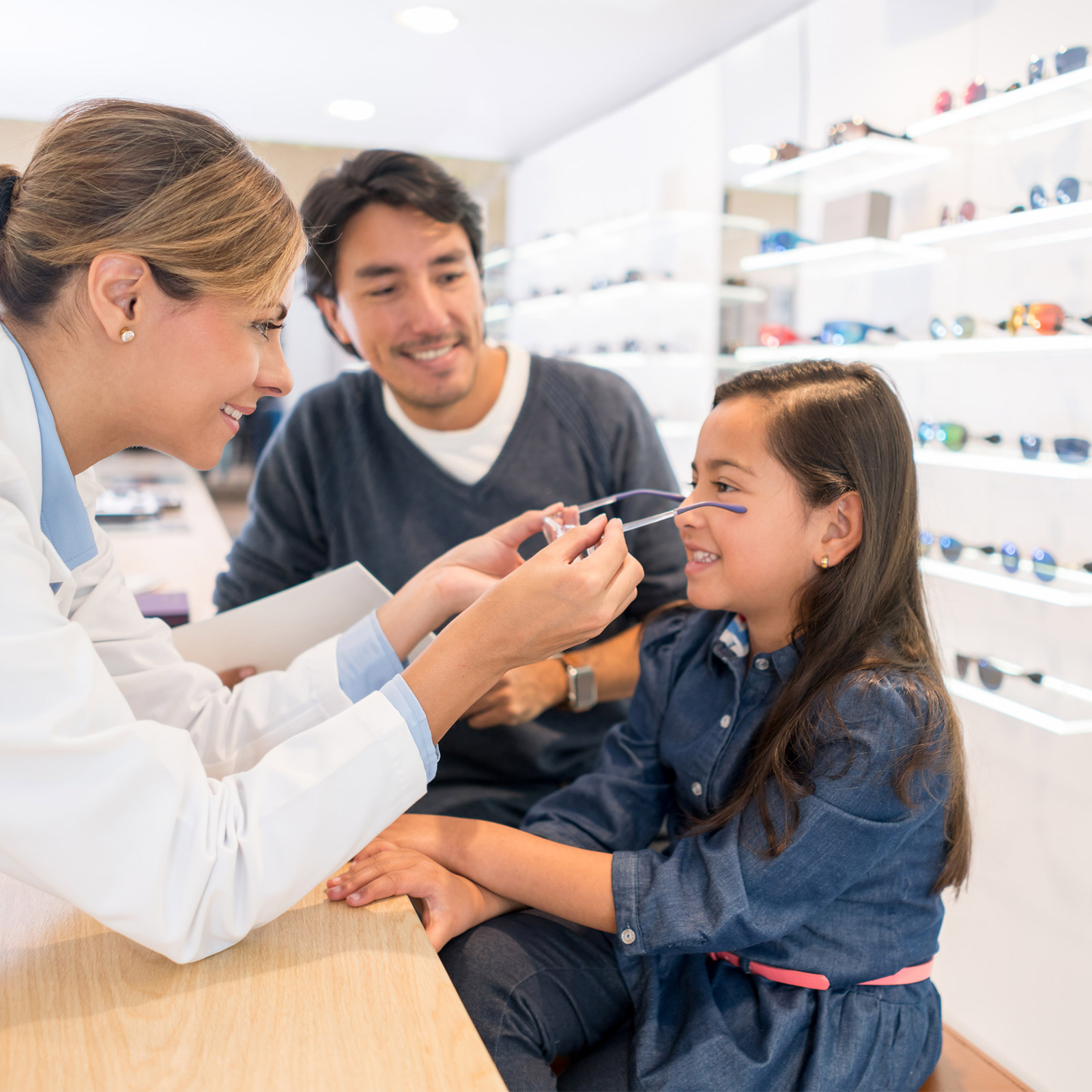 What Our Customers Are Saying

We give our customers our best, so that they can give their patients theirs. Our customers are at the heart of everything we do, and we love hearing from them on how our team has helped set their practice up for success.

Do you have an experience with ABB you would like to share? Tell us your story by submitting our online form.

Some years ago, we made the decision to ship virtually all of our annual supplies of contact lenses to the patient. ABB Optical Group oﬀered us free shipping, and it has allowed us, essentially, to outsource our contact lens fulﬁllment business to our distributor.

We had a patient, a 40 year old man that when he ﬁrst came to us in 2013 his best corrected vision was 20/400 in the right and 20/150 in the left. He had 3 transplants in the right and 2 in the left. He also tried RGP lenses in the right eye before but they would never stay in and were very uncomfortable, so he wouldn't wear the lens. As a result of these challenges, the patient ended up on disability and living with his mom because his vision just wasn't adequate enough for everyday life.

In 2017 he came to Country Hills Eye Center again because the graft in his left eye was failing and he ended up with another transplant. Unfortunately a few months later he ended up with some retina problems and other trauma to the left which rendered that eye blind. Now the patient was totally dependent on others to help him on a daily basis, to the point where he even had to have someone help him shave because he couldn't even see his face. Leaving the house without assistance was impossible.

When he was brought to my contact lens department, his OPD reading for the right eye was -31.75 +25.25 x 138. I tried on one of my diagnostic ICD Scleral lenses that have Toric PC's, a -12.75. When he looked up after I inserted the lens he looked into the mirror and started to cry. This made both his mom and me cry too. He said he could see his face, and to lighten the mood, he said he sure was ugly. I checked his vision with the diagnostic lens on and he was seeing 20/40. He was so excited that I taught him how to take that lens out and reinsert it so he could take that diagnostic lens home with him that day.

When he came back for his follow up to try the lens designed with the help from my ABB Optical Group specialty consultant, he was seeing 20/25. He told me how he just couldn't get enough of the outdoors now and that he could see ﬂowers, animals and ﬁnally people's faces when they were talking to him. He told me he was looking forward to taking a driver's test to get his license again. To get a job and to move out on his own, these were all possible now. He told me I gave him is life back and that the best thing he ever did was coming over to see me in the contact department. Before he left I got a great big hug.

Every night when I get home from work my husband will ask me how my day was, today I was able to say "Oh I created a miracle and changed a life."

A MEMBER OF VISION SOURCE

ABB Optical Group Wet Labs are a great way to introduce or to further your education on scleral lenses. Their lecturers have years of experience in ﬁtting specialty lenses and there is also plenty of time after the lecture for discussion and experiencing the lenses hands on.

After the good fortune of having a local corneal specialist start referring patients to my practice for specialty lenses, ABB Optical has been my go to specialty lab. Having ﬁt sets in the oﬃce such as the ICD Flexﬁt scleral, Kerasoft IC and 2 diﬀerent keratoconic sets have made the increase in ﬁtting specialty lenses a smooth transition for my practice. Their ﬁtting consultants are always available to answer my questions.

Many of my patients have experienced an improvement of their quality of life as a result of specialty lenses. For example, a nurse that had keratoconus and a BVA of 20/100 and 20/50 with glasses was correctable to 20/20 OU with ICD Flex scleral lenses. She commented on how she could now see scratches on her phone that she didn't notice before, and joked that she was worried about how dirty her house might actually be now that she could see everything. Also, she told me she noticed her friend's freckles for the very ﬁrst time. After practicing for 31 years, ﬁtting specialty lenses has been extremely rewarding for me.

UNIVERSITY OF ARKANSAS FOR MEDICAL SCIENCES, DEPARTMENT OF OPHTHALMOLOGY

At our ﬁtting lab, we had a young female in her early 20s who was best corrected with eyeglasses to CF (count ﬁngers) @ 10 feet. We got her seeing 20/20 out of both eyes in scleral lenses. She was able to go back to work and get oﬀ disability. She got very emotional when she realized that she had her sight and ultimately her life back.

Sometimes, my patients are so severe that the lenses in the ﬁtting sets do not vault the cornea. In my opinion, that's when ABB Optical Group consultants shine. They literally customize every single parameter in the ICD Flex scleral and do it eﬀortlessly. They rival expect doctor ﬁtters, can interpret my crazy descriptions of poor ﬁtting lenses and provide exceptional customer service.

Thank you for all your help with my patient. He says "I've never seen as clearly as I have with these contact lenses -- including any glasses I've ever had." These are the cases that make GP lenses rewarding for me.